God Eater is the anime adaptation of the God Eater video game series. It is animated by Ufotable and began airing on July 12th, 2015 after a one-week delay.

On September 27th, 2015 it was announced that the final four episodes would be broadcast during the winter anime season, resuming on March 5th, 2016. The series broadcast concluded on March 26th, 2016.

In the early 2050s, unknown life forms called “Oracle Cells” begin their uncontrolled consumption of all life on Earth. Their ravenous appetite and remarkable adaptability earn them first dread, then awe, and finally the name “Aragami”. In the face of an enemy completely immune to conventional weapons, urban civilization collapses, and each day humanity is driven further and further toward extinction.

One single ray of hope remains for humanity.

Following the development of “God Arc” - living weapons which incorporate Oracle Cells, their wielders are organized into an elite force. In a world ravaged by violent gods, these “God Eaters” fight a desperate war...

Episode 7: A Flower in Bloom

The anime was green-lit during the Tokyo Game Show 2014, as part of the franchise's 5th anniversary, alongside the announcement of God Eater 2 Rage Burst. On September 20th, 2014, an anime teaser visual was shown on the GEA Project twitter account, showing Lindow Amamiya facing a pack of Ogretails with Aegis Island far in the background.

During a stage presentation at the "Machi Asobi 14" event in Tokushima on Sunday, animation studio Ufotable revealed the first promotional video for the upcoming anime adaptation of Namco Bandai Games' God Eater video game. The video revealed that the series will star Ryūichi Kijima as the voice of the protagonist Lenka Utsugi. Lenka, who is an original character, is a New-Type God Eater. The staff chose Kijima for the role after auditioning more than 100 people.

Additionally, the stage event revealed that OLDCODEX will perform the opening theme song. The series premiered in Japan on July 12th on Tokyo MX TV, BS 11, and other stations. The staff of the anime noted at the event that Ufotable will use hand-drawn animation to animate the God Arc weapons as opposed to CG.

With the delay in the first episode's premiere from July 5th to July 12th, a special short titled God Eater Extra aired in its place on the 5th. The staff apologized to fans, and noted that they decided with the project members to delay the first episode in order to "deliver a work with a quality level that fans can approve of". 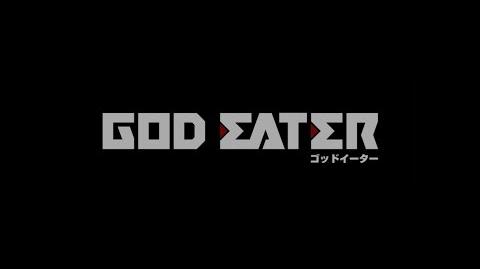