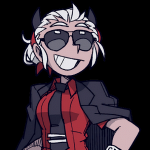 Thought of the day: Mad hype for DMC5. 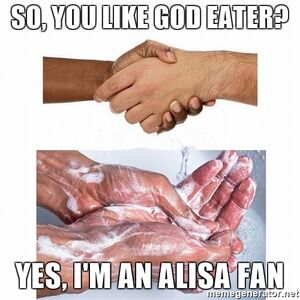 I don't even dislike her all that much, but it's still funny

Heeeeeey! My name's Bautista (though here on the Internet I go by Baluar, as you probably realized by now. Call me Bal, if you want. Rolls off the tongue more easily.) and I'm an 19 year old jackass who's good for nothing. I'm a college student, currently majoring in Physics.

You can get by knowing that I hardly ever take things seriously, that I'm a flippant s.o.b. and that I am very sarcastic, should the occasion arise. I am also not above making a pun or two, if the chance shows up. I also happen to be incredibly lazy and pretty smart, but neither of those is probably going to affect my actions in the Internet, so they're more like a side note than anything you should think about.

Well, that sounds about right for an intro.

As for relations... they're pretty pointless to list here. I mean, if I know you, you know I do, and otherwise... well, I don't, obviously enough.

I am a(n admittedly terrible) fanfic writer. As you may have realized, I am the first to say I am not the best in the world (or anywhere near there, for that matter) but I enjoy writing, and so I do it anyway.

I got into GE by 2013, and one year later I ended up here. Three years passed, and while I may not be as active as I once was, I still check here daily, so don't hesitate to drop a message in my wall if you need me.

Retrieved from "https://godeater.fandom.com/wiki/User:Baluar?oldid=91105"
Community content is available under CC-BY-SA unless otherwise noted.