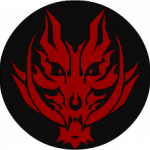 Small info about me

An average, friendly, and cool tempered guy, had been playing God Eater/Gods Eater Burst for 5 years. (How about God Eater 2? Would you also play God Eater 2: Rage Burst?) Those would be on my future plans... right now, I have some problems to deal with... Although I can assure you I'd be playing God Eater 2, God Eater 2: Rage Burst, as well as the upcoming games of God Eater (It won't take a long wait for it). I'll upload and provide you guys my avatar ASAP, and will be doing editing during free time. But as long as academics is concerned, I may be inactive at certain times.

Note: In my GEB save file, I restarted my Avatar via "Import Save Data".

Again, sorry about the low quality of my avatar's picture. I just really don't know what should I use for it... Gomenassai!/Sumimasen! >.<

About his god arc sets, you may have noticed that it is King of the Pride rather than King of the Jungle. In this case, I would rather use my own ideas than using common ones. And if you look closely on the pic of my avatar with his god arc, he is still using a Rank 7 equipment (Type64 Auto-Gun, Sacred Claymore, and Bergelmir +), I still haven't beat the game again so I'll be maxing it out once it reaches difficulty 10.

A veteran New-Type God Eater, registered at Fenrir Far East Branch at the year of 2071. He undergone strict military and mixed martial arts training, as well as studying military tactics. Excels at close-combat. When in Burst mode, his survival rate increases. Remains trusted by the whole Fenrir Far East Branch.

Gray Leonhart is an adopted son of the Sugimoto family. Recruited as one of the first New-Type God Eaters in its generation in Fenrir Far East Branch. During his time before he became a god Eater, he took military training, Mixed Martial Arts (Focused heavily on Karate), as well as studying military tactics under the command of the Assault Corporal Kazuki Sugimoto. Contrary to his military life background, he appears to be friendly and a kind person who enjoys his time with his friends, and helping others.

Inside the battlefield, he performs reckless tactics during an encounter with an aragami. He tends to devour a lot while there is an opening, and dives in under his calculations. It is noted that he tries to put an aragami in a wide area so that he can fight it without any issues. Moreover, while the aragami chases him, he quickly hides in a wall, waiting to devour it once it is visible in his line of vision. He mainly fights in his god arc's sword form, and rarely changes into gun form. He only uses his gun to pass out team bullets and heal bullets, but a number of god eaters who had worked with him before stated that he also used his god arc's gun in order to shoot out aragami's far away. Though readers may presume he is a support type, however, this view changes when he enters burst mode. Due to his ability to conserve a good amount of stamina, as well as recovering stamina in a fast rate (during burst mode), he tries to confuse the aragami by running and dashing circles around it, thus certain breeds of argami can only keep up with his speed. As soon as the aragami is pressured as well as confused, he attacks vital parts/weak parts of the aragami. Readers,again, may presume he uses a hit-and-run tactic, but this is, again, refuted. He is noted to take on the charge and goes all-out on the aragami, executing consecutive slashes that forms into hit combos, thereby flinching the aragami. As for the heal bullets he bring in every mission, he stated that he uses it only to keep his comrades' head in the game. And as for the team bullets, he passes out 1-2 team bullets, but sometimes passes 1 team bullet to each of his comrade. It could be said that he is a well-balanced type, or possibly, an agressive type (only on burst, but rarely happens in his normal state).

He stated that he enjoys killing vajra-type, hannibal-type, and Ouroboros-type aragami's whenever he engages in a fight with the aforementioned species. The only aragami able to keep up with his speed and offer him a "fight" is the Caligula.

Although he is temporarily removed from the front lines because of a "special" mission assigned by the acting branch director, Paylor Sakaki, he is yet to face the new species of the aragami. He is also scheduled to meet the Blood unit in a mission once he accomplishes his "special" mission.

Questions were asked about his life before he became an orphan, but he wishes to remain silent because it is too "confidential" for him.

Due to his occupation as a veteran god eater, some asked if he will retire in the near future. He answered that he still has no plans to retire, and wishes to remain as a god eater until his death.

About Kanon's famous "friendly fire", he stated that he, as much as possible, stays away at Kanon's mortar and radial attack. Adding that he makes space and would always look to where Kanon is located during a fight with the aragami's. But he comments that he almost has no problems working with Kanon.

Comments (Please leave some comments about my avatar and my gameplay here ^.^)

Retrieved from "https://godeater.fandom.com/wiki/User:LoneWolF973?oldid=46482"
Community content is available under CC-BY-SA unless otherwise noted.