Thought of the Night: "Can't feel my fingers... thanks Rito"

It is I, the Warlock of Eternal Procrastination, and welcome to my realm! *thunder strikes*

Saluton mondo, I'm Lone Warlock (just call me Warlock, Lone, LW, Dan, or whatever). I'm currently a college student taking the course Engineering. I'm a bit versed with HTML, C++, and Java, I can also perform basic troubleshooting with computers and networks as well. Also currently, I do part time jobs to fund my studies. I work as a sound system technician of Audio6L. I handle the sounds for the events we're assigned in.

My game interests ranges for RPGs such as Skyrim, FF series and, of course, God Eater, FPSs like CS:GO and CoD, up to RTSs like LoL, DotA 2 and the Command and Conquer series.

On almost all of my RPGs I played, I have this habit of creating too many characters with actual personalities in mind only to clear the game with only the first three.

Vaince123 : One of the admins I get to talk and ask a lot (prolly because of the timezone). He's one of the reasons why that popcorn meme came to life (I regret nothing though)

Roinelll: Another admin("Arthur: He's a chat mod") I get to talk a lot. And as what he was most known of, he can read the whole series of my fanfic in a moment.

Baluar: Although I only get to talk to him only through the comments and the forum (prolly because of the timezone, again), all in all he's reliable and easy to approach. He also warned me to never mention anything about the localization of non-English GE releases to Matt. [Gotta run before Matt catches up. See ya! *warps away to oblivion*]

Seieireppa: Matt aka "The GE Localization Dream Destroyer 2000" An admin I only got to talk mostly with only important matters, he's someone I can count on with things about the wiki. And somehow, I managed to never bring up the GE's localization (until today anyway). But I must say that I can't find myself to disagree to his arguments even if I wanted it to happen (truth do really hit like a truck).

One Eyed Serpent: One of the first users I ever talked to in this wiki. And I just realized recently the this user is a "she" and a fellow Pinoy.

Yuka Ichinose: Another user I get to talk only through comments somehow. And by some chance, she live relatively near from where I live (just some kilometers away).

Craz1trex: A user I get to fool around a lot at the chat with. "Craz1trex: Bow down to your King! *Lone warlock casts banish to oblivion to Craz1trex*". But sometimes, he acts like Lyrr without the "limiters". He's a good guy to have around nonetheless.

"This will grow in time"

To Valhalla and Back

That's all for now. And 'till we meet again. Again, It is I, The Warlock of Perpetual Procrastination! *thunder Strikes* 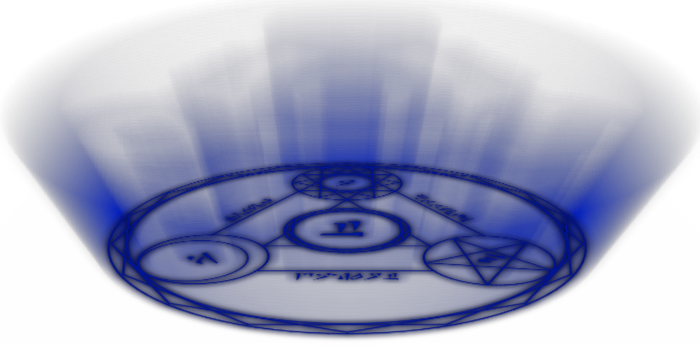